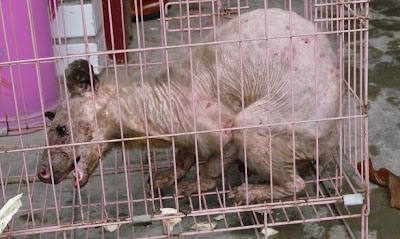 "A bizarre creature, dubbed the “oriental yeti”, has baffled scientists after emerging from ancient woodlands in remote central China.


The hairless beast was trapped by hunters in Sichuan province after locals reported spotting what they thought was a bear.


One hunter, Lu Chin, said: “It looks a bit like a bear but it doesn’t have any fur and it has a tail like a kangaroo.


“It also does not sound like a bear — it has a voice like a cat and it is calling all the time — perhaps it is looking for the rest of its kind or maybe it's the last one.


"There are local legends of a bear that used to be a man and some people think that’s what we caught," he added.

"STRANGE lights spotted over Evans Head at the weekend have been listed as a possible UFO sighting.


The sighting is one of ‘a constant stream’ of such events recorded as ‘worthwhile’ by UFO Research Queensland, which monitors the skies from New Guinea to northern New South Wales.


The high incidence of sightings in the area had prompted the group to man a stall at this year’s Starlight Wellbeing Expo in Bangalow over Easter, and also to hold a workshop in Byron Bay on April 17.


Tino Pezzimenti, who ran a seminar at the Expo, said the Evans Head sighting occurred when two men were walking back from the pub on Saturday night.


One of the men, who swore he was completely sober, had reported seeing ‘moon-like objects’ in the sky besides the real one.


“They were of the same size and brightness as the crescent Moon, but vertical,” Mr Pezzimenti said.


“A third appeared and they all started moving erratically, zigzagging in the air."

The man was restrained by flight stewards after he made threats to disrupt QF31 using mind power.

According to ABC reporter Nick Luchinelli, who was onboard the flight, it seemed the middle-aged man was either under the influence of drugs or alcohol - or possibly both."

But how about something as modern and mundane as a tyre depot in sensible South Yorkshire?

According to owner Nick White, a supernatural visitor has been running riot at his garage, which was originally a chapel and also served as a makeshift mortuary during the Second World War.

The uninvited guest has thrown stones and coins at staff, and stacked up piles of tyres and moved them around the building while it was locked up overnight.


The ghostly figure, which materialised from time to time dressed in the style of the 1940s, is said to have first made its presence felt in 2003 but vanished (so to speak)


after Mr White took over the business three years ago. " 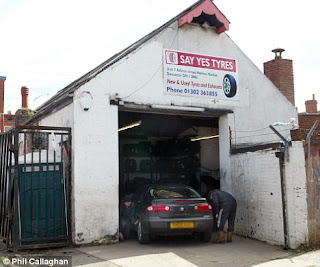 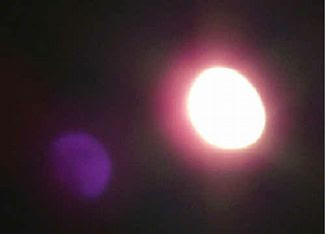 “THERE has got to be something out there,” Lismore woman Korrinne Stewart said after capturing with her camera a mysterious object in the night sky at Evans Head.


There have been several reports from around the region of mysterious bright lights in the skies in recent weeks.

Ms Stewart contacted our sister paper The Northern Star after reading a report about a UFO sighting by two Evans Head men."

The boy, identified in media reports only as Paul, was playing on his own beside a lake at his grandfather's property in Brandenburg when he fell in, the Bild newspaper reports.

Paul's grandfather found his body in the water a short time later and the youngster was rushed to Helios Hospital via helicopter.

Four doctors attempted to resuscitate Paul for three hours and 18 minutes and were about to stop when his heart suddenly began beating."