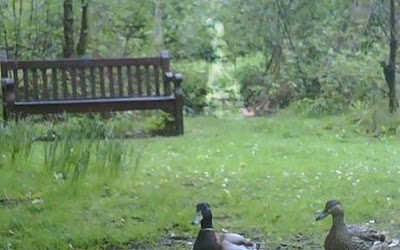 "The father of two was walking thought Kelsey Park in Beckenham, Kent, when he spotted the phantom appear behind a park bench.


The 46-year-old said he was walking pet pooch Harry in the park this week when the spook - a woman wearing Victorian-style dress - suddenly materialised. "

To read more click here
Note from Bry: Im thinking its another ghost hoax (iphone app or photoshop)... what are your thoughts? 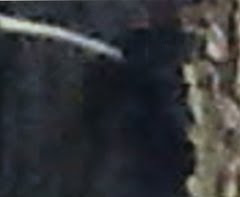 "IF you look closely, you may just notice the same spooky images in these pictures that one of our readers spotted.

Carlo Ramsky, of Andover, took a number of photos in recent months of trees just off the canal towpath between Newbury and Kintbury.
And he believes, after consulting with the Berkshire and Oxfordshire Paranormal Society (BOPS) and other local photographers, that what he has photographed are "tree spirits" or "faces" in the trees."

To read more click on the "newbury today" link above.
Note from Bry: Personally, I see nothing paranormal in these photos. I think any "faces" that might be found in these photos can be attributed to matrixing or pareidolia (from wikipedia: pareidolia is a psychological phenomenon involving a vague and random stimulus (often an image or sound) being perceived as significant) 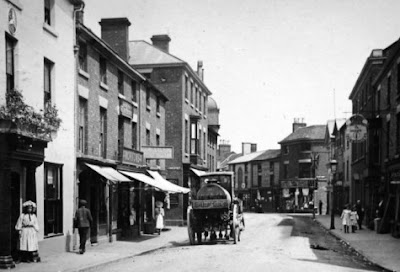 "One of Shropshire’s most sensational mysteries – the spooky riddle of “The Wem ghost” – may at last have been solved by eagle-eyed Shropshire Star reader Brian Lear.

The Wem ghost
Brian spotted an eerie similarity between a girl standing in the street in a 1922 photo of Wem and the young girl whose fuzzy image was famously captured amid the flames as Wem Town Hall burned down in 1995.
That photograph taken by local amateur photographer Tony O’Rahilly created international headlines and sparked the legend of “The Wem Ghost”.
There was speculation that the girl was 14-year-old Jane Churm, who accidentally started the disastrous great fire of Wem in 1677 and was reputed to be haunting the town hall."
To read more click here

Daily Mail Girl, 15, tells of terror after being stalked through forest by a big cat she claims was a PANTHER 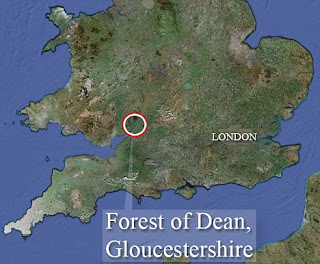 "A 15-year-old schoolgirl has told of her terror after being chased by a big cat she claims was a 'black panther' in the Forest of Dean, Gloucestershire.

Kim Howells was enjoying a walk through the woodland on her 15th birthday with her cousin Sophie Gwynne, eight, when they came across the animal lying beneath a tree.
Ms Howells, who described the 'panther' as about the size of a Great Dane dog, with big eyes, paws and a long tail, said the creature began following them after they spotted it at around 8.30pm on Monday night." 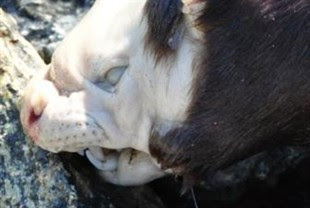 "A bizarre animal corpse has washed up on a Canadian beach, reviving memories of the infamous "Montauk monster" that was discovered in 2008.

Two nurses discovered the animal corpse floating at the edge of a lake while they were walking their dog near the town of Kitchenuhmaykoosib in Ontario, Canada.

According to their story, the dog sniffed the creature and pulled it to the shore."
To read more click here
Posted by Bryony