One of the weirdest stories I have ever heard first hand is the one that follows.


A couple who were in ministry in the local Church hired out a dvd. It was a movie a lot of people have seen starring Keanu Reeves called Constantine. A basic summary is that Constantine is an exorcist who can see half-human half –angels true forms, and a plot involving satan’s son wanting to bring hell on earth, the angel Gabriel believing that if that happens it will save humans and the spear of destiny, which is the traditional spear used to pierce the side of Jesus Christ at His crucifixion. 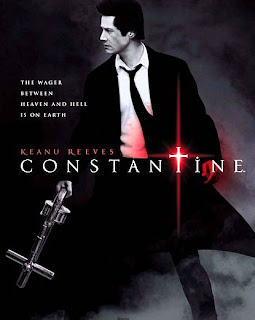 The wife was disturbingly quiet during the movie. Afterwards when asked what was wrong, the wife who worked in the kids ministry answered in an unexpected way.

“When I was watching the movie a presence was in the room. It said to me ‘You are a person of influence in your Church. If you lead the children to my master instead of Jesus, we will reward you with whatever you want, any desire you have will be yours and we can give it to you”.

Does that sound familiar? Let’s go back in history 2,000 years. 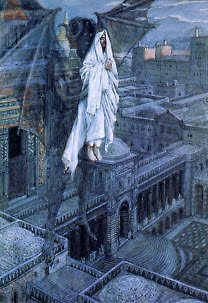 It is recorded in the gospel of Luke in chapter 4.
1Jesus, full of the Holy Spirit, returned from the Jordan and was led by the Spirit in the desert, 2where for forty days he was tempted by the devil. He ate nothing during those days, and at the end of them he was hungry.

3The devil said to him, "If you are the Son of God, tell this stone to become bread."

4Jesus answered, "It is written: 'Man does not live on bread alone.'[a]"

5The devil led him up to a high place and showed him in an instant all the kingdoms of the world. 6And he said to him, "I will give you all their authority and splendor, for it has been given to me, and I can give it to anyone I want to. 7So if you worship me, it will all be yours."

8Jesus answered, "It is written: 'Worship the Lord your God and serve him only.'[b]"

13When the devil had finished all this tempting, he left him until an opportune time.

The tempter came to Jesus and at some point we will all be offered something that makes us feel like the familiar story of the crossroads, pertaining to famous bluesman Robert Johnson.

(From Wikipedia) “The lyrics plainly have the narrator attempting to hitch a ride from an intersection as darkness falls. But in close association with the mythic legend of Johnson's short life and death, it has come to represent the tale of a blues man going to a metaphorical crossroads to meet the devil to sell his soul in exchange for becoming a famous blues player.”

Have you ever watched a scary movie, only to suddenly feel like you weren’t alone? Have you ever felt irresistably tempted by an opportunity you later found was a crossroads experience? We’d love to hear from you.

By Pastor Baz
Posted by Bryony