"Father Gabriele Amorth said people who are possessed by Satan vomit shards of glass and pieces of iron.

He added that the assault on Pope Benedict XVI on Christmas Eve by a mentally unstable woman and the sex abuse scandals which have engulfed the Church in the US, Ireland, Germany and other countries, were proof that the Anti-Christ was waging a war against the Holy See."

photo taken from AOL
"DOZY Toby Elles cheated death in a pan fire as he tried to fry bacon - then found the face of JESUS burned in the cooking fat. "

__________________________
Guardian Another View On Ghost Stories
"The moment you walk into the theatre to see this amazing show, written by Jeremy Dyson and Andy Nyman, you hear an eerie soundtrack: dripping taps, howling wind, a very strange buzz. This vibration reminded me of "infrasound", a very low sound frequency that makes you scared and convinced something's standing behind you. Parapsychologists believe this sound is often found in haunted places – and in the theatre, it proved seriously unnerving. People were screaming before the show had even started. 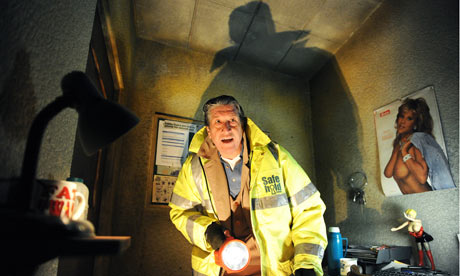 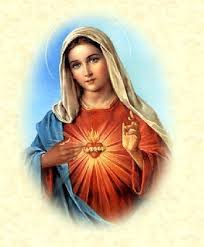 "The Vatican has announced a commission to investigate claims that the Virgin Mary appears on a daily basis in a town in Bosnia-Hercegovina.

Six children first reported the apparition in the town of Medjugorje in June 1981.


However, the sightings have not yet received official recognition from the Catholic Church.


The 20-strong commission will report to the Congregation for the Doctrine of the Faith, the top doctrinal body.

For almost 30 years, the Virgin Mary has been said to appear daily in Medjugorje, dressed sometimes in a grey dress and veil and sometimes in gold, crowned with stars and floating on a cloud.

It is said she speaks in Croatian, uttering the words: "I've come because there are many true believers here. I wish to be with you to convert and reconcile the whole world."

The museum has been dubbed the most haunted location in the UK and the figure is similar to previous sightings on the same staircase.


The photo was taken by Simon Brown, a qualified parapsychologist from Peterborough who says he normally argues against the existence of such things.


However, he cannot explain the mysterious shadow in the photo.


Mr Brown said: "When I took this picture there was no one in the frame."

From Bryony: Im sorry, i generally try and not comment on the news stories i post and stay neutral and just present it how its been presented to me BUT this photo really really does look like motion blur. What are your thoughts?
Posted by Bryony