"KEMPNER – Mystery and science fiction novels are a weekend hobby for some, but one local couple is turning their free time to attempting to solve strange mysteries in nature.


Richard and Naomi West just returned from a weeklong trip around Texas collecting pictures and video based on reports of strange blue-skinned, dog-like animals around the state that some have called the answer to the "chupacabre."

The Wests, along with the founder of a British nonprofit supporting cryptozoology, hope their reports from the expedition will help them gain support for a more in-depth mission to study and hopefully capture what they believe is not a being of folklore, but a new species of canine similar to a coyote." 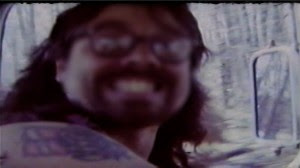 "As many of you are aware, MonsterQuest aired the final episode of the series last night and it went out as strong as it first started.


MonsterQuest’s final episode was a continuation into the “American Werewolf” mystery. Focusing greatly on the infamous “Gable film” that we have extensively covered here on GhostTheory. So let’s get crackin’ and discuss the show and its findings.

To read more from Javier and Ghost Theory click here

But at the Ely Bowling Center recently, “things” didn’t go bump in the night so much as show up in silence…from behind…and on camera.

On Feb. 25, a group of women stopped by the bowling alley bar for a friends’ night out. One of them brought her digital camera. While there, they asked bartender Dan Hruby to take a picture of the group to commemorate the occasion. When he finished, he handed the camera back and a few minutes later the women checked out the picture.

In particular, Hruby said they took a close-up look at the expression on one of their friends’ faces. When they did, they also noticed a kind of cloudy image behind her in the doorway to the bar. They zoomed in closer and saw what very much appeared like a human face with a glint in its eye. Before long, the camera was making its way from person to person around the bar." 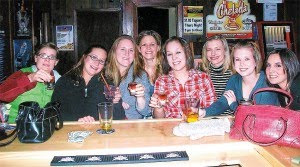 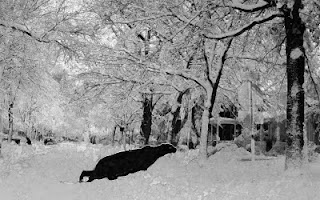 Until the mid 17th Century Erie Pennsylvania held the tribal center of the Eriez Indians. The name Eriez or Erie is a shorter form of the Iroquoian word "Erielhonan" meaning literally "long tail" referring to the native panther skins that many of the tribe wore ceremonially. The panther (cougar or mountain lion) was the native Eriez totem. They honored and emulated the stealthy cats that were the top of the contemporary indigenous food chain. Although a small tribe when compared to their neighbors the Seneca or Susquehannocks, they stood boldly against larger enemies and welcomed refugees from neighboring wars. this did not make them very popular with the other tribes in the area and by the late 17th century the Eriez tribe had been either wiped out by war or assimilated by the Iroquois. Within a century the large panthers that were the totem of the Eriez had also vanished from the lands of North Western Pennsylvania.

This evil face stares from the sky through a bizarre cloud formation.

The Shroud of Turin, a blood-stained linen that many believe was the burial cloth of Jesus Christ, has been questioned for centuries on its authenticity. But new tests are underway to verify it, and the team featured on "The Real Face Of Jesus" has no doubt the Shroud is real." 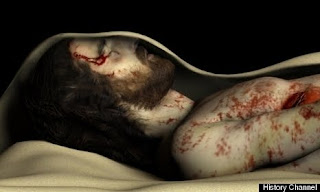