Between 1841 and 1869, nearly 300,000 emigrants traveled the 2,300 km-long Oregon Trail, seeking a better life in America's Pacific Northwest. One in 10 people never made it. Cholera was a common culprit, and a particularly insidious outbreak occurred near the North Platte River in what is today western Nebraska. My cousin Pam lives right on this stretch. She is over a mile away from her closest neighbor, yet frequently sees strangely dressed people both in and outside of her home.


Last summer, when I was visiting the area, my eccentric second cousin was also in town, up from New Mexico with some pals. Among PA's (Psychic Auntie) many talents is an ability to see and communicate with individuals who just so happen to be dead. PA and company were going to Pam's house for a "ghost hunt," and they invited me to join. Though dubious, I couldn't refuse."

"The Botcherby ‘ghost’ – captured on a CCTV camera outside Simply Food and Drinks – is causing a stir around the world and shop bosses are drafting in a medium.
Since appearing on the News & Star website, 5,000 people have downloaded the mysterious recording of the ghost outside the Durranhill Road shop." 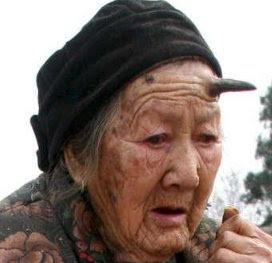 "AN elderly Chinese woman has shocked friends and family by growing a devil-like horn from the top of her head.
The Sun reported today the strange growth began appearing on 101-year-old Zhang Ruifang's forehead last year.
Since then it has reached more than six centimetres and a matching horn looks to be appearing on the other side.
The grandmother's condition has left her family in Linlou Village, Henan province, baffled and worried."

The little girl, called Hong Hong, was born with the tail but it had since doubled in size, reports the Anhui Market Daily.

Her father, Hou, of Lixing town in eastern China's Anhui province, said he had been "shocked" to see the tail at birth."

An RSPCA expert said the cause of the deaths was 'a mystery', adding that the only plausible explanation was that the flock were being chased by a bird of prey and hit the ground as they changed direction. 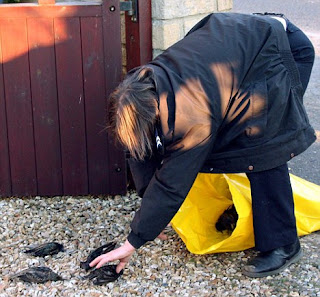 "Julie, a nurse, said: 'It was like something out of an horror film - like Hitchcock's The Birds - it was absolutely terrifying.


'The sky was raining starlings. One of my neighbours saw them. They seemed to just fall out of the sky. About 70 were dead straight away."