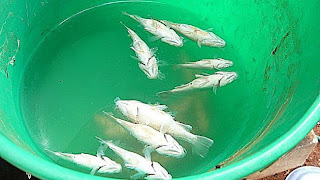 "WHILE the Top End and Central Australia have been battered by torrential rains, a Territory town has reportedly had fish falling from the sky.
The freak phenomena happened not once, but twice, on Thursday and Friday afternoon about 6pm at Lajamanu, about 550km southwest of Katherine, The Northern Territory News reports."
________________________________ 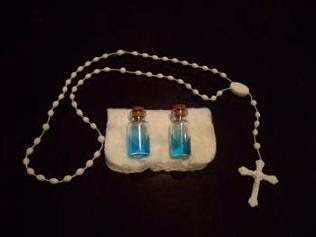 "TWO vials, which the owner claims contain the spirits of ghosts exorcised from a house in New Zealand, have been put up for sale on online auction site, TradeMe. "
To read more click here
Posted by Bryony