Gadsden Times ‘Haunted’ bridge may have new home in Attalla 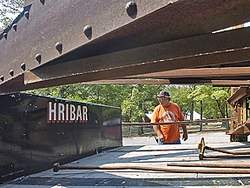 "The former Pleasant Hill Road Bridge, believed to be the oldest bridge in the county, may find a new home in Attalla — if the Etowah County Historical Society can find the funds to move it.

The truss bridge was replaced by the Etowah County Commission after it became too expensive to rehabilitate. It was cut in half and now sits in two 80-foot spans on the proposed Black Creek Trail that would begin near Noccalula Falls. Officials had hoped to use the bridge to span a ravine on the trail, but it proved too expensive to move and use.


Etowah Historical Society President Danny Crownover said society members now are seeking to preserve the bridge, also known as the “Haunted Bridge,” by working with the city of Attalla. The bridge was considered “haunted” because of the noises that could be heard as cars went over the wooden planks and various legends that surrounded it."


____________________________
Portsmouth News Plans to convert 'haunted' castle on hill into a home
"PLANS have been submitted to turn a 238-year-old ruin into a modern-day home.
The proposals seek renewed consent to transform Racton Ruins, which is a striking tower that was built on a hill in 1772 and close to the village of Funtington, near Emsworth."
To read more click here
__________________________
stuff.co.nz Busting Out The Ghost Theories
"An Invercargill man has taken a photograph that could be proof of the afterlife, or it could be a cloud – who knows? "
Andrew Watters travelled to St Bathans, near Alexandra, with his partner Kim Ward during the weekend in search of the spirits that reputedly haunt its buildings. 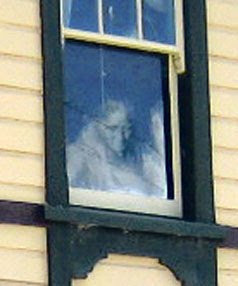 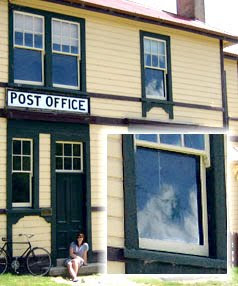 _________________________
Stuff.NZ Verdict Out On Post Office Ghost
"An Invercargill man who took a photo of a possible ghost at St Bathans said his camera mysteriously shut down when he started taking pictures.
The photo Andrew Watters took while he visited St Bathans was published in the Times yesterday showing an image in the top right window of the old post office.
Yesterday, Mr Watters said his camera had mysteriously shut down when he started taking photos. He was not computer savvy enough for any digital image manipulation and if it was a cloud it was a weird one, he said. "
Read more here 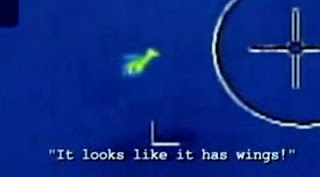 "From Lon: Paranormal State's season finale offered a bit of cryptozoology and legend...the search for the 'Jersey Devil'. They were able to capture an infra-red image of a creature that appeared to have wings."To read more click here
Posted by Bryony