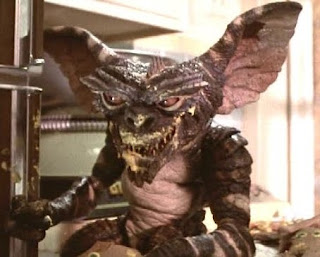 When you were a kid did you see the movie Gremlins? Those creepy looking monsters that mutated from the cute and cuddly Mogwai when they ate after midnight.

I had heard this story about two years ago but just rang the brother in law of the witness to confirm the facts.

His sister in law worked for a freight and logistics company in Queensland Australia. They were in an industrial area in a block of similar sized factories.

Like most of these factory units, there was an administrative office fronting a large logistics area, which was full of boxes and pallets of freight heading off to supermarkets.

There was often a feeling of uneasiness in one of the corners of the factory. This would often be put down to the feeling that a lot of people get when they are in an isolated part of a building. On numerous occasions the witness saw and heard something moving and although feeling very ‘creeped out’ would put it down to rats or possums.

Then other employees started to share their stories and it was apparent something much more sinister was in the building.

There were three reports of exactly the same thing that was seen – a blackish green creature with features so similar to the creatures in the movie ‘Gremlins’ that it was referred to by that name. It struck absolute terror into everyone who saw it. One employee had a horrific encounter when it jumped on his back and attacked him. He reported it to management who wrote it off as a joke and saw it as a reason for employee’s to be unproductive in the warehouse. The male employee refused to work in the freight area and was moved to administration full time.

This is certainly a story that needs to be followed up and we will try to make contact with the witnesses and the company to seek permission to assess the area first hand.