REAL LIFE VISITS – AFTER THE FUNERAL 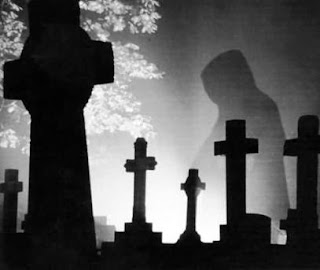 Being a minister and a sports Chaplain, it’s inevitable that you will do funerals for people. It is a time when you can provide tangible support to a family experiencing trauma and grief.

It is also a time when people share with you experiences that they normally wouldn’t talk about.

In 2008, a childhood best friend of mine passed away from cancer. He was thirty four. We had been in bands together since we were twelve years old. He loved Bon Jovi and played in the Bon Jovi tribute band after our band split up.It had been close to ten years since I last saw him. In that time he had gone on to be a property developer and was a wealthy man, who had a 60 foot yacht and dived with the Tiger sharks in Fiji regularly - while I had chosen to forsake all wealth for the ministry. Our situations could not have been more different.

I rang him out of the blue one day – just one of those ‘promptings’ you get, only to find out he was very, very ill. He had been doing every ‘power of positive thinking’ course available but to no avail.

I invited him to my house for dinner. We had pizza, a couple of beers and a heart to heart chat. He told me he didn’t understand Christianity but he wanted what we had because all his wealth meant nothing. We prayed with him.

Next time I saw him was when miraculously at the same time our entire Church was praying for him, his brother turned up at the front door of the Church – he left home two hours earlier to get to us and we had no idea he was coming. We finished the prayer with “Lord, we pray Andrew will hear the gospel today and believe’ and seconds later opened the front door to find his brother Michael who, through streams of tears said “Quickly, come and see Andrew – he needs to hear what you have to say”.

Once again I visited Andrew, shared the gospel and prayed with him. He once again said “I don’t understand all this, but I believe what you are saying and I am going to do what you said and pray to Jesus”. He finished by asking me to conduct his wedding in a months time.

Four weeks later, instead of a wedding at Vanuatu, I was doing the closing part of his funeral. His parents were grief stricken as they believed that he would beat this disease all the way up until the end.

After the funeral Andrews mum rang me. She told me she had awoken every night for a week due to a presence in the room. Every time, she saw Andrew in a black Bon Jovi shirt, black skinny jeans and no shoes, leaning on the wall. “Mum….I’m ok, so stop worrying alright” is what he said the first night. After a week it stopped.

This week I did a funeral. A friend from my boxing gym’s father died suddenly in the house they shared. I arrived just after the police, while the body was still in the house. I did some grief counselling and offered to do the funeral. My friend said that family was on the way from interstate and overseas and that I should come back when they are all together.

Two days later when we met again, the ex-wife of the man who passed away told me a story.

“I was sleeping in the room, it didn’t bother me and I felt closer to him that way. The next day I was awake and I was shocked when I saw David, who appeared to me, I could see him not so much with my eyes but in my mind it was as clear as looking at him – he looked deathly and scared – and said he was shocked that he had died, he just didn’t realise he was dead. I told him that if he kept doing this he was going to scare people, so he went”.

In the same way my Nan saw my grandfather after he died, when he appeared and told her she must return to believing in God and go back to Church, so often we hear stories about visitations by loved ones after they have passed away.

Are they the actual spirits of the deceased, appearing like Samuel did to King Saul in the Old Testament when conjured up by the witch of Endor?

Or are they angels, which means 'messenger' sent by God to provide comfort by relaying a message.

If you have any similar stories we’d love to hear them and process them in community.