"But team fails to find body of Midland Review reporter

MANILA, Philippines - Three victims in the Maguindanao massacre may have been buried in another site adjacent to where dozens of other bodies were found on November 23.

Members of the Philippine National Police (PNP), Scene of the Crime Operatives, the Commission on Human Rights, media, and the Momay family headed to a suspected grave site in Datu Abullah Sangki, Maguindanao Sunday morning."


"The Atlantic Paranormal Society, aka TAPS, from the SyFy Network series “Ghost Hunters” recently completed a week of investigations at the Absecon Lighthouse investigating claims that the local lighthouse is haunted for an episode of the show due to air in February." 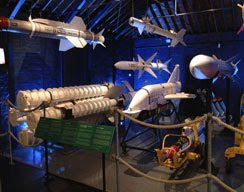 thisishampshire Ghostly goings on at museum


"Ghost hunters will be touring the Explosion! museum in Gosport later this month, taking guests on a twilight-guided walk through the historic buildings of the Royal Navy’s munitions stores at Priddy Hard."