Pastor Baz suggested I do a blog on St Patrick and the Druids. "who and what?" I thought to myself. Isn't St Patricks day the day we celebrate being Irish by wearing all green, drinking green Guiness and talking in an Irish accent. 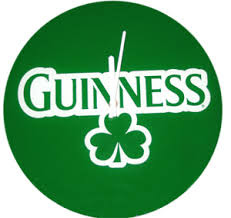 Well, thats all I know of St Paddy's day...Apparently there is a lot more to it!!
St Patrick is the patron saint of Ireland and St Patricks day is a Christian holiday but has become more secular in recent years (probably why I only know it as an excuse to drink Guiness).

According to Wikipedia, Patrick was born into a rich Romano-English family in Roman Britain. At the age of 16 he was kidnapped and taken to Ireland by Irish raiders.  In his Confession he said he was told by God in a dream to flee to the coast and board a boat back to Britain. When he returned to Britain he joined the Church in Auxerre in Gaul and trained to be a priest.
Later on he was called back to Ireland as a Bishop to convert the Irish to Christianity. He focused on the rich and the poor and apparently used the shamrock as a symbol to explain the holy trinity. 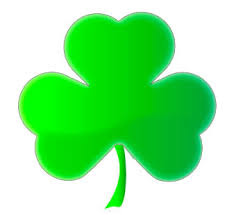 "Saint Patrick is most known for driving the snakes from Ireland. It is true there are no snakes in Ireland, but there probably never have been - the island was separated from the rest of the continent at the end of the Ice Age. As in many old pagan religions, serpent symbols were common and often worshipped. Driving the snakes from Ireland was probably symbolic of putting an end to that pagan practice. While not the first to bring christianity to Ireland, it is Patrick who is said to have encountered the Druids at Tara and abolished their pagan rites. The story holds that he converted the warrior chiefs and princes, baptizing them and thousands of their subjects in the "Holy Wells" that still bear this name."

It goes on to say:

"Saint Patrick's Day has come to be associated with everything Irish: anything green and gold, shamrocks and luck. Most importantly, to those who celebrate its intended meaning, St. Patrick's Day is a traditional day for spiritual renewal and offering prayers for missionaries worldwide.

So, why is it celebrated on March 17th? One theory is that that is the day that St. Patrick died. Since the holiday began in Ireland, it is believed that as the Irish spread out around the world, they took with them their history and celebrations. The biggest observance of all is, of course, in Ireland. With the exception of restaurants and pubs, almost all businesses close on March 17th. Being a religious holiday as well, many Irish attend mass, where March 17th is the traditional day for offering prayers for missionaries worldwide before the serious celebrating begins."

CCAPSG wishes you all a happy and safe St Patricks Day.  God Bless!!

Today, (in between the pints of Guiness :-D) let's send up a prayer for all the missionaries out there today.
Posted by Bryony