Not really paranormal but a nice story anyway...

nzherald and phantoms and monsters 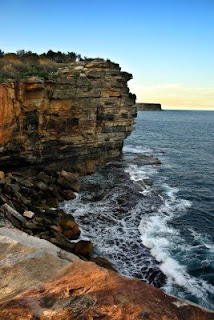 "SYDNEY - In those bleak moments when the lost souls stood atop the cliff, wondering whether to jump, the sound of the wind and the waves was broken by a soft voice. "Why don't you come and have a cup of tea?" the stranger would ask. And when they turned to him, his smile was often their salvation.

For almost 50 years, Don Ritchie has lived across the street from Australia's most notorious suicide spot, a rocky cliff at the entrance to Sydney Harbour called The Gap. And in that time, the man widely regarded as a guardian angel has shepherded countless people away from the edge.

What some consider grim, Ritchie considers a gift. How wonderful, the former life insurance salesman says, to save so many. How wonderful to sell them life.

"You can't just sit there and watch them," says Ritchie, now 84, perched on his beloved green leather chair, from which he keeps a watchful eye on the cliff outside. "You gotta try and save them. It's pretty simple."

Since the 1800s, Australians have flocked to The Gap to end their lives, with little more than a 3-foot (1 metre) fence separating them from the edge."