The reality of Angels - a month of real life stories 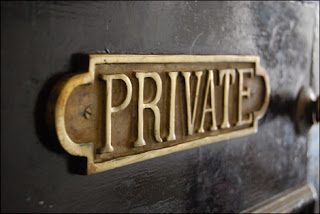 We have been discussing angels now for weeks. And a few weeks ago, Bryony put out a post asking 'Has anyone had any encounters with Angels".


I have to fess up, I had stories but did not want to share them.


Too personal. Too intangible. Too controversial.


Because when I first discussed the incidents, it's all people wanted to talk about for months at Church. I was invited to share on it at other Churches. But to be honest, it became something I would rather not discuss. Because for a six month period in 1995, our whole family had encounters which started at a revival meeting in a Basketball Court at Penrith. The things I saw that day and the healings that occurred I have never witnessed since. And it started something that kept occurring in terms of encounters for many months.


It's still hard to talk about, because I felt it did not make people glorify God, but rather want to see angels. Also some people think you should be in a straightjacket in a padded cell. And I can understand that from skeptics.
At the time you have to pinch yourself and ask "Is this really happening"? But when your kids come in from the backyard with a story about a heavenly messenger, you have to start taking notice.


And then, after six months of intense activity, it stopped - nothing now for five years, which I am thankful for. Not because it wasn't amazing, but because it became too intense and I think God knew that.
It came at a time in my life where I had to make a decision about leaving a high paying job to go into ministry. If they had a mission, it was simply to reveal the activity that God calls them to in the lives of humans.
I saw them at work amongst us, and incredibly at play.


I saw them transform from wearing armour to robes in a millisecond.
I saw them standing in the midst of bushfires and dragging demons out of Churches.
I heard them speak and spoke back to them.


And let me make this clear, I may be involved in paranormal ministry but I'm not obsessed by it or writing stories for the sake of it. I'm far more interested in sport than being a paranormal researcher. I'll go to a footy game or play sport or spearfish or surf anyday rather than go on an investigation - ask the team how frustrating my priorities are for them :). That's why we have Bryony and Shannon on team to head up investigations, run webpages, do the research and do reports. They have some very unique giftings in those area's.
But ever since I was a kid, I have had supernatural experiences and now I feel I need to share the rest of them in this area to give God the glory He deserves on this subject matter.


So remember, if you invite me to a graveyard tour I'll get excited, but not quite as much as if we get great seats at State of Origin Rugby League or an ASP world surfing tour event.


But over the next month, I'm going to open my diary and report on these encounters as I recorded them at the time. It's tough for me to be that personal, but in my prayer time this morning, I feel it is now the time to share the stories.