Bizarre in the news - UFO's 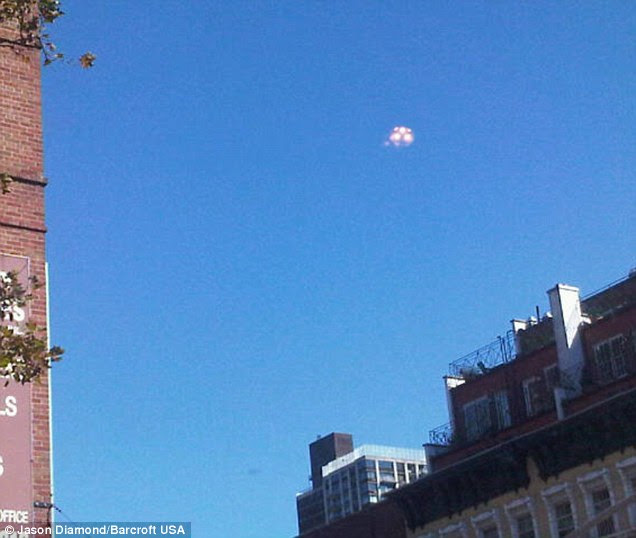 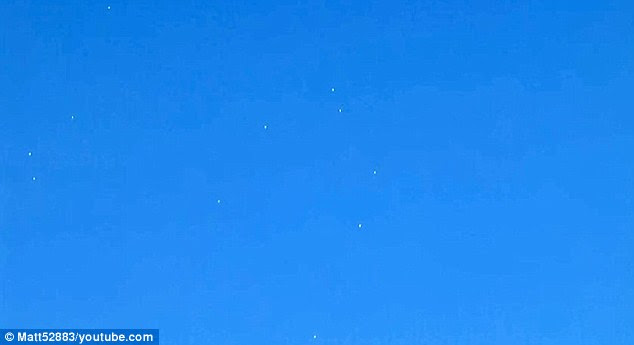 Was it a bird? A plane? A flying jellyfish? Or just a set of balloons that had caught the sunlight?
A mysterious set of shiny objects sparked a UFO alert over Manhattan yesterday when they were spied drifting over the trendy Chelsea district.
Traffic ground to a halt and thousands of people stopped in the street to point at the sky and the cluster of dots hovering overhead.
The FAA was unable to find anything abnormal or offer an explanation as to what had happened.
Spokesman Jim Peters said technicians double-checked their radar settings but nothing was amiss. He had also not been informed of any weather balloons due to be in the area.
‘Nothing that we can account for would prompt this kind of response,’ he said.

All those theories about Wednesday's mystery UFO sightings over Manhattan are about to go "pop."
A Westchester elementary school believes the puzzling orbs floating over Chelsea were likely a bundle of balloons that escaped from an engagement party they held for a teacher.
"UFO? They're crazy - those are our balloons!" said Angela Freeman, head of the Milestone School in Mount Vernon. "To me it was the most automatic thing. But it's all over YouTube."
A parent was bringing about 40 iridescent pearl balloons to the school for language arts teacher Andrea Craparo when the wind spent a bunch away around 1 p.m.
"They looked big and they were all together, so it looked like one UFO," said fourth-grader Nia Foster, 9.
Read more: here____________________________________________


So what was it? Was it really balloons?
Posted by Bryony